Jessie is a Leo who enjoys long walks on the beach and being the longest-standing subscribed player to have not achieved Legendary status. (Update: Summer 2017, Jessie hit Legend!) She is quite passionate about SWTOR and a rather rabid fan of Star Wars in general. Mostly, she hopes that being almost-charming and nearly-funny will be enough to get her through life so that she doesn’t have to break more nails than absolutely necessary. For this reason, she relies heavily on her co-hosts to know what is going on. And she’s “a podcast producer’s worst nightmare,” whatever that means. You can find her musings at stardustpop.com. @TheStardust77 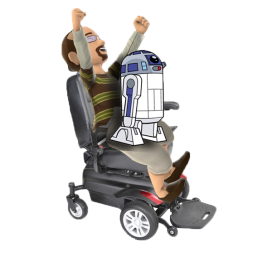 My computer gaming started on the family Commodore Vic 20 and 64. The first game I started playing, after Space Invaders, was a text based adventure game called Zork. I love role-playing games, from tabletop games to modern single-player & MMOs. My life changed after an injury in December, 1996. I am in a wheelchair and have limited function in my arms and wrists, but no finger movement. However, this setback has not stopped me from making most of what I enjoy doing. I have been a part of Corellian Run Radio since early Spring of 2011 through January 2018. Being a part of this community has opened the doors to meeting many amazing people. Some of those amazing people were from Unholy Alliance. After joining UA/WM, Jessie and Mox approached me about the idea of a guild podcast. This became Passionately Casual podcast. A new are I have started to pursue is streaming on Twitch. I started my own gaming channel called the Blaster Broadcasting Network, http://twitch.tv/bb_network . I stream three to four days a week, playing mostly SWTOR, but also XCOM 2, The Darkest Dungeon, and recently They are Billions. Passionately Casual podcast, now being relaunched since merger with Corellian Run Radio, is expanding and has added not one, not two, but three feature segments: Larry Everett’s RP segment called, In Character, Wil Wright’s Star Lores and newly added KidLee’s Dojo by none other than KidLee. May the Force be with you, Always.@jt_holonet or @bbn_network 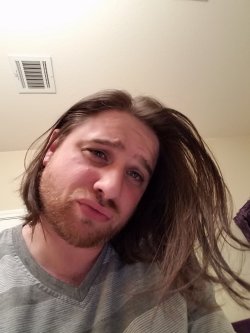 Sechari has been a player of The Old Republic since launch, though most of the records of his time as a newbie player and as the guild leader of Freedom Rising on the Republic side of The Bastion server are kept under lock and key in the Imperial Intelligence vaults, never to be seen or heard from again. More recently he led Vindictive, a glorious imperial guild, to galactic dominance on the Imperial side of The Bastion before ascending to the throne and moving to The Harbinger server, whereupon he joined the Unholy Alliance/Wookiee Mistake guilds and has never looked back. Aside from pontificating pompously about his possibly-delusional (you can’t prove it) emperorship, his man bun and the mysterious orb of power, he blogs from time to time about SWTOR at www.iamsechari.com, streams frequently at twitch.tv/sechari, and podcasts as a cast member of Passionately Casual Podcast. You can also find him on Twitter @iamsechari, but bring tribute. Emperors do so love their tribute.

Mox has been gaming since the age of 7 when got the original Dungeons and Dragons box set. A life-long love of gaming was further enhanced upon receiving a Ti-99/4A for Christmas in 1981 which allowed him to test his puzzle skills in text based adventures. His first MMO was Everquest which he played for over 3 years. Star Wars: The Old Republic is his most recent gaming love where he serves as an officer in Unholy Alliance and Wookiee Mistake guilds. Mox joined the PC Podcast group as Producer and Editor and works hard to keep the shows running smoothly and set up the guests for the show. His favorite thing to tell the hosts is, “I thought we were going to keep this episode short.” He then heads off to the editing booth where the dart boards with the hosts’ avatars are. Mox also joined Corellian Run Radio for its final few years as a host where he attempted to perfect the art of “AFK Podcasting”. Now that CRR’s chapter has closed, Mox has come out of the editing booth to join the other hosts on air for Passionately Casual. @ftworthjim

Larry is working on a bio that will make the rest of us look like the rank amateurs we are. Check back to see how clever and accomplished he is! @shaddoe

Wil is a life-long Star Wars fan, as well as a more general content geek, with a passion for the lore behind the stories. He may not know who shot who to start which World War, but he can darn sure tell you who shot first at Chalmun’s with a DL-44. No, seriously, he took a Star Wars lore quiz and had to correct the questions, but barely scraped his way through history class in school! As a gamer brought up without a console, he remembers the genesis of the FPS, when the deeply complex genre had four guns and no ability to jump – as well as the rise (and fall) of Apogee, and the death of awesome flight sims (RIP “TIE Fighter”). He has avidly played various action, adventure, and RPG games on PC and the occasional console – preferring anything with a solid, engaging story. Wil was also a local tournament staple in various CCGs/TCGs through the 1990s and 2000s, but his tabletop gaming at last become aligned with his video gaming delights of story-story-story when he became involved in his first tabletop RPG. He currently leads half the cast of this show on a Star Wars d6 adventure that never seems to go anywhere, but always stresses Wil’s vocal chords. Wil is also a long time costumer, including being a ten-year member of the Mandalorian Mercenaries Costume Club, and was a founding member of the club’s podcast. He has the dubious distinction of possibly, but not definitively, being the only person to have ever made a costume based on WARS: The Mumon Rift – and may that horrible, thrown together costume be forever barred from again seeing the light of day! @MandoLegion

I’m just a small town guy from Iowa. I have loved video games and Star Wars for as long as I can remember. I never thought in a million years that I would one day be doing live streams and videos for news and entertainment. My first MMO was Star Wars Galaxies. To this day I still consider SWG to be my favorite game of all time. After galaxies, I played a number of other MMOs and really started getting into the behind the scenes workings of the gaming industry. Bioware asked me to become one of the long-term beta testers for Star Wars: The Old Republic. This kicked off my side project of becoming a part-time YouTuber. Not too long after I was invited into the Youtube partner program on their old system when it was still invite only. Since then I have transitioned over to a variety content creator on both YouTube and Twitch. SWTOR is still at the core of what I do every day but I also keep a watchful eye on the larger gaming industry as a whole. I provide content on all gaming subject matters then the situation arises. Find Kid Lee on Twitch. @kidleeasf